Why doesn’t every manga get an adaptation?

After I reviewed Oyasumi Punpun, an amazingly dark and brutal coming-of-age manga about a lonely boy in growing up in modern-day Japan, I had a conversation with Irina from the Drunk Anime Blog on one of her posts about how it could have been adapted into an anime. We threw ideas around, studios that could do it, and we couldn’t really come to a decision. I thought about it a lot more recently, and I concluded that Oyasumi Punpun, at least in the current climate of the anime industry, is one of those manga that can never be done justice as an anime. I’m here to talk about why I think this is the case, starting with: 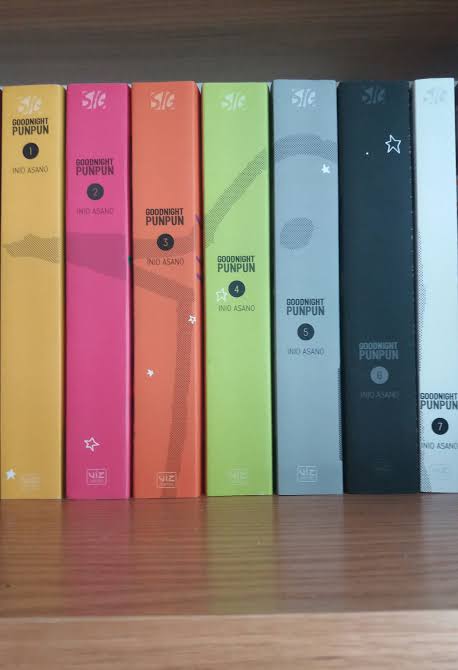 Oyasumi Punpun is a relatively long series, spanning over 147 chapters over 13 volumes. Each chapter was also very lengthy. Anime studios have so many shows these days that, with the exception of shounen, most adaptations tend to get cut off at one of those marks unless they do incredibly well. 24 episodes is not nearly enough time for a dialogue-heavy, non-action, manga to be done justice. Now you ask, why not just make more episodes, a lot of anime has way more than 24 if they do good, right?

Well, most animation studios can only work on a series for 12-13 weeks, or one anime season (don’t quote me on that, I might be super wrong). That means that anything they make during that period has to turn in a profit the next season. So yes, they COULD make more episodes, but that’s assuming that the first 24 episodes does well, which it won’t, because-

Let’s face it, the average anime watcher doesn’t want to watch the terrible parts of the human existence for 22 minutes every week. Most anime watchers just wanna see either hype action or cute girls.

Anime is a time for most people to blow off some steam after a day of work. This is why established shounen like Dragon Ball Super and Naruto can run for so long, and why so much of anime is filled with harems and moe trash. Not knocking these genres, I love a good shounen, and cute girls, and all that jazz. That is exactly why they sell so well, and unfortunately, most anime can only continue to exist because it can turn a profit. Cute girls and tournament arcs sell. Exploring the dark and selfish actions that humans can do when pushed to their limit is not, unless you attach that to action or cute girls.

Harsh and realistic anime that exist also tend to be short-lived even without the brutal depression stuff. Watamote’s anime was a great and hilarious adaptation IMO, but it didn’t sell well as they hoped because people don’t like feeling bad things they feel in real life without a solid “happy end”.

We know that succesful anime that is different from the norm exist, of course. The best example of this, and one that does give me hope for the future, is 3-gatsu no Lion, an incredibly slow burn of a drama anime that has a focus on atmosphere and characters without any fantastical or action elements, and that got two seasons with 22 episodes each! 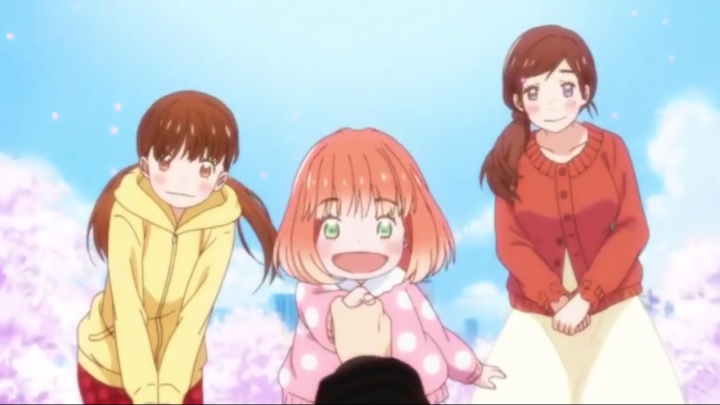 However, 3-gatsu no Lion (and Mushishi, though I haven’t watched it) are fringe cases, and both have an artstyle that lends itself much easier to an anime. Don’t get me wrong, both the manga and anime of 3-gatsu and Mushishi look amazing, but it’s completely different from the style of Oyasumi Punpun. That leads me to my next point-

Ambitious Art Is Hell For Animators 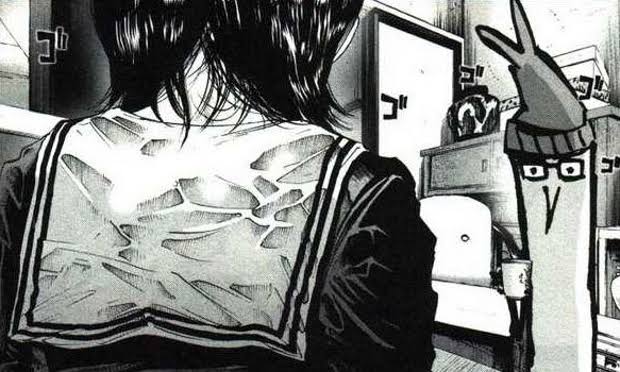 A huge draw of Oyasumi Punpun, and other similarly harsh, hyper-realistic artstyles such as Vagabond, Vinland Saga, Berserk and Junji Ito’s horror works IS the beautifully brutal artwork. 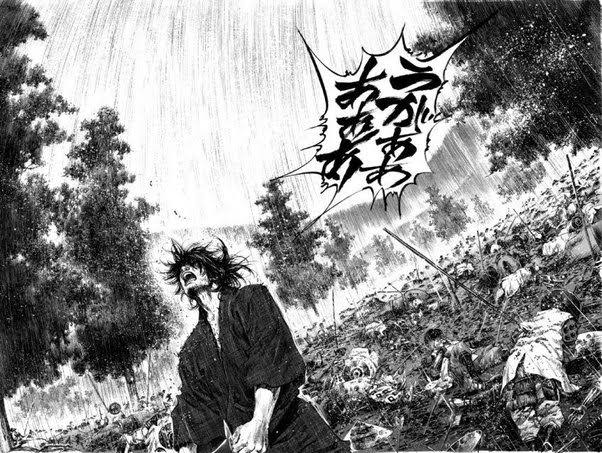 Berserk had ONE good adaptation in the 90s, and none ever since, even with the more refined techniques we have today. That’s because studios these days just don’t have the time or budget to make these hyper-detailed panels come to life. When they try, they end up cutting corners, and we get pathetic attempts like this:

It’s one of those cases where I would rather have nothing. The fact that some underpaid animators were put on overtime to make these mediocre adaptations is saddening, and I wish those efforts had been put on literally anything else.

Another aspect that would be way too hard to pull off is the story of these manga are too long and established to be adapted at this point . Like I mentioned about the 12/24 episode format being incredibly limiting, having the manga be finished for so long means there is also no longer an incentive to sell the manga. So, you have a dark and depressing manga, way past the point when people are actively talking about it, with an insanely detailed artstyle and heavy themes and dialogue about human nature. Not exactly marketable like the recently announced adaptation of Grand Blue (serialized on 2014), a manga that is always a beach episode (and totally about diving). 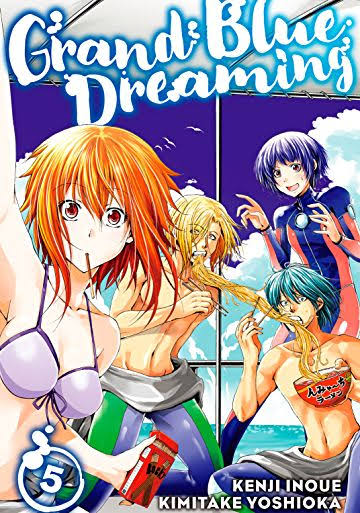 At the end of the day, some projects are just too ambitious. The pursuit of art is an expensive venture, and wishful thinking alone can’t fight against the realism of the production and marketing problems that would come from adapting these amazing stories with gorgeous works of art.

With that said, I hope in the future, somebody with a lot of money and respect for the source material try and adapt one of the best pieces of fiction I’ve read in a long time. Parasyte, while action-packed, was an incredibly miserable and dark anime that took a solid 20 years before a good adaptation came out, and that gives me hope these kinds of stories still have a place in the anime world.

This beautiful colorization of a panel by Beyondzer0 on DeviantArt is a cool “what could be” of the Oyasumi Punpun anime. Hell, I would settle for a fake and very-well animated trailer.

What are some manga you would love to be see adapted, but would be incredibly hard to pull off? Leave your answer in the comments below and thanks for reading!