Adulthood is hard. I’ve only been at this adulting thing for a few weeks, and I already feel kind of drained. There’s a lot of monotony and a whole lot less meeting up with friends. The work isn’t hard or stressful really. I just don’t look forward to it. I know that with time, I’ll get over it.

All in all though, I am still glad I have a job. Mainly, because the alternative scares me.

Note: I’l be getting into some very heavy stuff here. Be warned. Also, some spoilers for Neeko Wa Tsurai Yo. I highly recommend reading it but it can get very heavy at times.

You may have seen this image floating around recently.

This image is from the manga Neeko wa Tsurai yo.

A manga that asks following questions

All these questions are answered in today’s manga discussion of Neeko Wa Tsurai Yo.

A quick summary of what a NEET is according to Urban Dictionary.

NEET is a term used in the field of education, the acronym stands for; Not in Education, Employment or Training but young people have started to use it as a term for bums/layabouts with no future.

It is primarily used in Japan.

If you’ve seen any Isekai anime, there’s a good chance you’ve heard the term used before. There’s also a 99.9% chance the MC is a NEET.

Often has intercross with Hikkikomori, which means recluse. NEETS are not necessarily recluses, but usually are because of their circumstances.

Neeko wa Tsurai Yo is simply summarized as the day-to-day experiences of 23 year old Niito Nemuko and her NEET life.

It starts out to be a simple gag manga about the flaws of a NEET lifestyle. From time to time, however, it morphs into a depressing view of the realities that push a person to become a NEET in the first place.

Very few manga or anime have captured the more anxiety inducing side of being an adult in the workforce. Stories like Oyasumi Punpun and Welcome To The NHK has done a fantastic job of portraying this kind of existential dread before.

This manga is unique in that it focuses on the degeneration of a formerly boisterous and confident geek girl into a social recluse.

Unlike Punpun and Satou, Neeko started as somebody you would not expect to end up being a NEET. She wasn’t socially awkward, nor was she particularly bullied or felt ostracized in high school.

She simply couldn’t handle the pressures of adulthood.

A Loving But Misguided Family

Her family is clearly loving and yet they also seem to not fully understand her. All three deal with her unemployment differently.

The mom is very naggy and constantly pushes her to look for a job and stop being a bum around the house. She means well, but can sometimes push too hard.

When Neeko is pushed too far, something breaks in her everytime and she gets anxiety attacks. The mom treats her mental illness as an attitude problem than be fixed with “tough love”.

The dad can’t bring himself to berate or push her out of the house and instead spoils her every want and need.

He still sees her as the little girl she was and not the fully grown woman she is. The dad is an enabler for her lazy lifestyle of dependency. 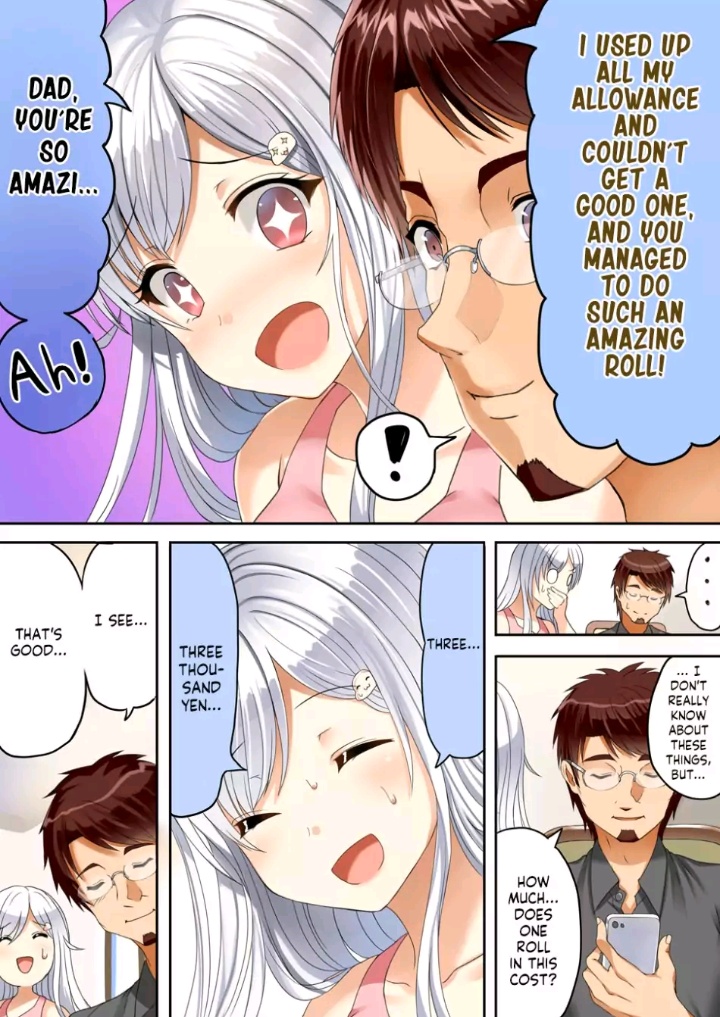 Her sister, who is shown to be a lot more confident and competent, loves her sister very much but doesn’t understand the guilt her sister feels for being envious of her.

She views Neeko’s unemployment not as the serious problem that it is, but as a small hurdle like it was for her. The sister does not understand the scope of Neeko’s anxiety. She thinks that because she can do it, Neeko can too, right? 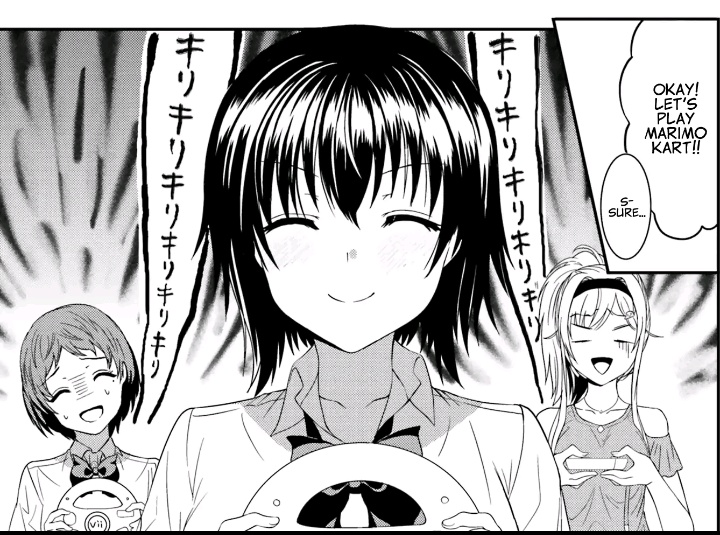 Some of us have cleaned our rooms at some point and had a nice, nostalgic trip. We would find old drawings, pictures, notes and toys. Every little trinket triggered a deeply rooted memory from our younger days.

At some point, you start feeling sad. It’s hard to say why. No matter where you are in life, be it in a good place or bad, everybody longs for the days gone by.

Neeko experiences this in the worst way possible. 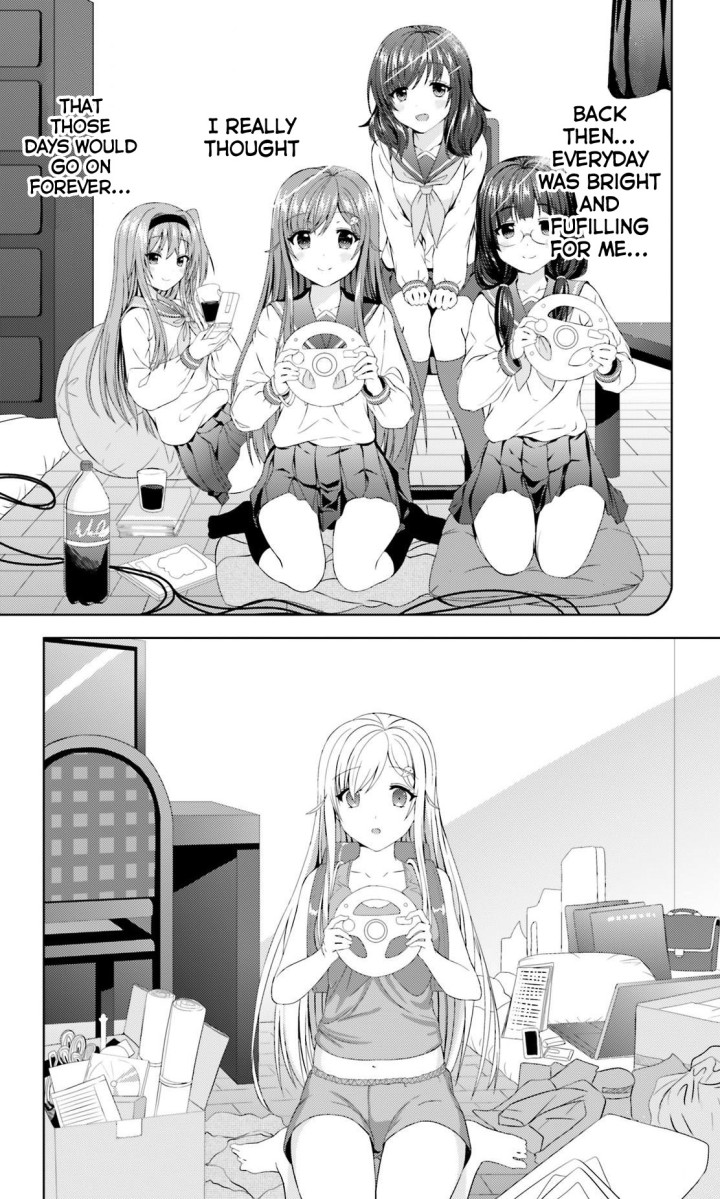 There’s really few feelings worse than being left behind. Moreso if they’re people you thought would be around forever.

That sharp realization that those youthful days you took for granted are gone is one that everybody goes through. That very realization can be incredibly depressing if you have it in a bad phase of your life.

One thing being a NEET that a lot of anime like to paint as comedic is the fear of social interaction. It’s very easy to have triggers from mundane tasks. It’s a vicious domino effect that can go something like this.

What I like about Neeko’ thoughts are, unlike the nihlistic Punpun, she has several people she cares about. She has a past wherein she had a normal group of friends and a family life, much like a lot of us.

It shows us that you don’t have to be from a dark background in life to develop anxiety and depression. The best of us can feel like the worst of us at any time.

In the end, this manga captures the social anxiety of a being young adult very well. I know from personal experience how hard it can be to break out of a habit. Even harder trying to not break from the pressyre your family puts on you.

Neeko wa Tsurai yo is still ongoing. I’m interested to see what direction the author will take such a human concept while maintaining some level of fanservice for those looking for it.

21 thoughts on “The Harsh Reality Of Being An Adult NEET”