[Repost of one of my favorite posts I’ve ever written. Excited to be back,but I need some time to adjust, so here’s for the new readers!]

The very act of holding hands has been ingrained into us since we were infants. We first held our own parents’ fingers with the palms of our tiny hands as a way of finding comfort in a strange new world. It has also been scientifically proven to not only reduce stress hormones (cortisol) , but actually increase the hormone associated with the feelings of love (oxytocin). Since oxytocin is a hormone that is known to ease blood pressure, it is literally good for your heart to do so!

Hand holding, though a simple gesture, can mean a plethora of different things depending on the characters’ relationships, and the way the hands are being held. Not to mention, I recently watched Loliconics’ stellar AMV montage of these kinds of scenes in anime, and it resonated with me on a weird level. This video is what possessed me to want to write about this topic.

Without further ado, here are the types of hand holding that I have seen in anime, and the associated feelings with them.

The regular hold is one of the most popular forms of hand holding, and with good reason. It can range from being a gesture of confidence to a doubting friend, to a literal life-saving technique to help someone else.

It is characterized by a firm and sure grip that shows that both of them are giving the other strength. The arm muscles are tight and active, and the fingers are grasped around the palm of the hand and not in between the fingers as to maximize the safety of the hold (but also to not be intimate). Usually, the gripper has either a determined expression, or a smile of confidence.

This hold is most often seen in shounen and shoujo anime, where danger or stress is always around the corner and there’s always a person to give confidence to for the struggle to come. Practical, and yet surprisingly warm despite not being as intimate as other handholds. This can be used on just about anybody, from friends, family, or even lovers in their early stages of intimacy. 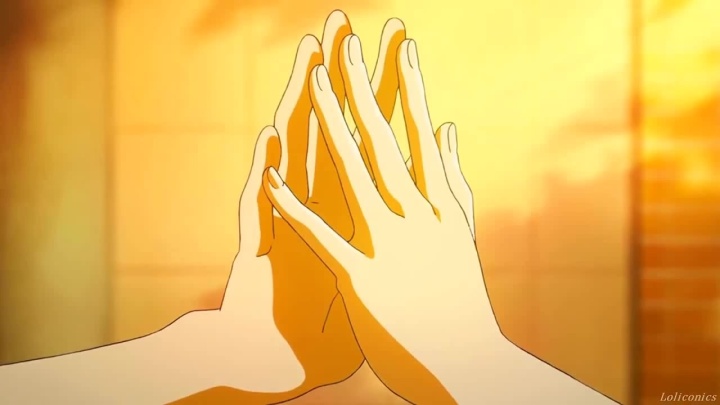 The mirror palm is most commonly used when the two holding hands are incredibly alike in some way or another. Most likely, they have the same powers, backstory, or motivations as the other, and they find comfort and solace in finding somebody who is similar to them.

I called this the mirror palm not only for the similarities in character, but also because of the actions that usually go before the touch itself. Both people perform almost the same motions and gestures before slowly touching their palms together, without really grabbing onto the other hand. Their expressions tend to be one that shows how enamored they are with their other half. It is a show of intimacy without the need of security, as both are sure that they won’t pull away, unless the mirror palm transitions into the interlocking fingers (which will be talked about later).

In this situation, the holder is aggressive and urgent, and regardless of the person wanting to be held or not, the holder will hold on tight to the base of the wrist, as if to say “I’m not letting you go, believe in me.”

It is usually the more dominant or outgoing personality in the relationship, be it friends or lovers, who can do this sort of thing without seeming angry. The reason it is on the wrist is usually because despite the holder’s intent, they are still not confident enough, or maybe they just don’t feel close enough, to fully grab onto the other person’s hand, to stave off the idea thAt they might be closer in case of a misunderstanding. 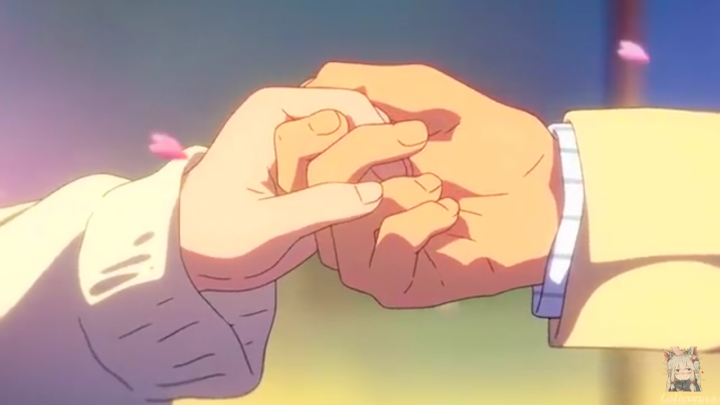 In this scenario, the initiator is sure of their intent to comfort the other, and grasp more than just a finger. The other person, the one being held, is usually lax and is still unsure of what to do, but accepts the hold as comforting.

The reason why the whole hand is not being held is the holder’s way of being gentle towards the other person, who might be in a state of extreme confusion or duress. By gently holding their hand, the holder is giving them an option of pulling back if they don’t want the hold right now. 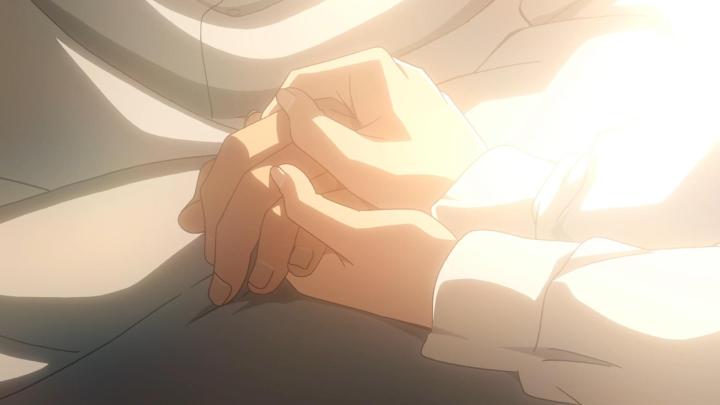 Similar to the previous, the double grasp is meant to instill confidence and comfort, only much more intensely. Like the wrist grab, it is also NOT letting the other person go. By cupping the other persons hands within their own, it’s showing us the lengths that the holder will go to protect this person, which is to say, with all that they’ve got.

This is, unfortunately, most often used only when things are looking their bleakest. Examples would be as a loved one dying from sickness, or going away for a long while with no insurance that they’ll be able to come back. They use both hands as a way of conveying that the holder is making the most out of the limited time that they have.

This is the most intimate of handholds. Interlocking fingers means that every square inch of the hand is covered by the other holder, and it is most definitely one where both are initiating. The reason why this is so intimate is because interlocking fingers actually requires a little more effort and adjusting than every other hold on this list.

This hold shows not only a complete trust, but also passionate love of the other and a desire to never let go. It is just teeming with implications of intimacy. Seeing this in public can tell you a lot about the relationship between two people, and I don’t have to explain exactly why that is. If you see this being done by two characters, they might as WELL be kissing.

I’m sure there’s a lot of other variations of holding hands I can waffle on about, like when two people fidget showing a lack of confidence or clumsiness, but to be honest, most of those are just gonna be slight variations of the ones I talk about above.

While it has been memed to death, I still think handholding is a strong narrative tool to convey the relationship between two characters without the need of flowery words or epic gestures of love and friendship. I think talking too much, or being too grand can lead to your work feeling less grounded and more like a stageplay, which is fine if that’s your intention, but for me, I prefer seeing the more subtle acts of affection that human beings can give each other, without the need for flashiness.

After all, sometimes the only thing a person needs, is for someone to hold their hand.

Also, thanks to Irina from the drunkanimeblog for inspiring this post, because of her wonderful piece on The Surprisingly Prudish Side of Anime. Make sure to go give that a read!

22 thoughts on “The Significance of Holding Hands”