No, I’m not late with my Episode 5 review, shush.

Episode 5 is basically Yamada Tae’s time to shine, or to be more specific, shine even MORE. The ridiculous premises of both (mud olympics and Drive-In Chicken commercial) fit her (and Saki, who is adorably hype for both events to the chagrin of her other, non-grunting teammates) volatile personalities.

The past two episodes have been really funny, as per the usual, mostly because the LEGENDARY Yamada Tae is at it again with her hijinks. I love that she’s growing slightly more intelligent and friendly every episode, such as her being able to practice with the rest of the crew and understand simple instructions while following them to the best of her ability.

The main draw for me, however, is the heavy development for our two veteran idols, Ai and Junko.

Despite being a comedic series, I think Ai and Junko are legitimately the ones reacting the most appropriately to the situation, and seeing them deal with their anger at dying so suddenly is actually very sad. Junko, despite her hard work and hopes of making it big one step at a time, dies because of a simple plane crash as she was making her way up to be an idol people looked up to. 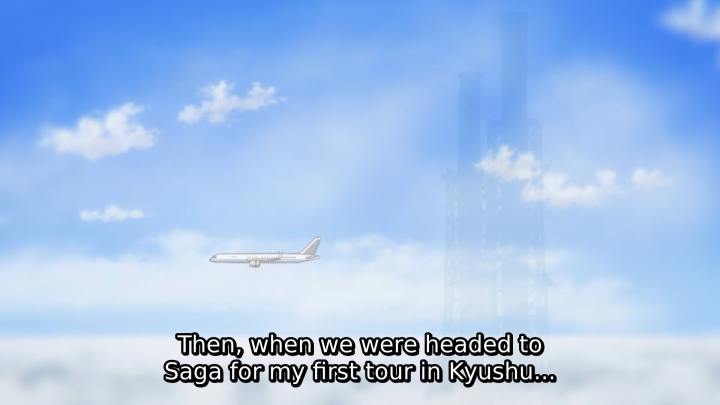 Her attitude and work ethic clashes with that of the more modern idol Ai, who I personally think has a REALLY horrible death.

Imagine you’re Ai, playing for all of her fans despite the storm that arrived that day during Saga Rock (one of the biggest music festivals in Japan), because you believe all of their fans came out to see your group to perform, and goddamn it, you were going to perform for them. You’re at the end of your performance, and do a pose. It’s like Prince performing in the rain during half-time! It’s bound to be a legendary performance. 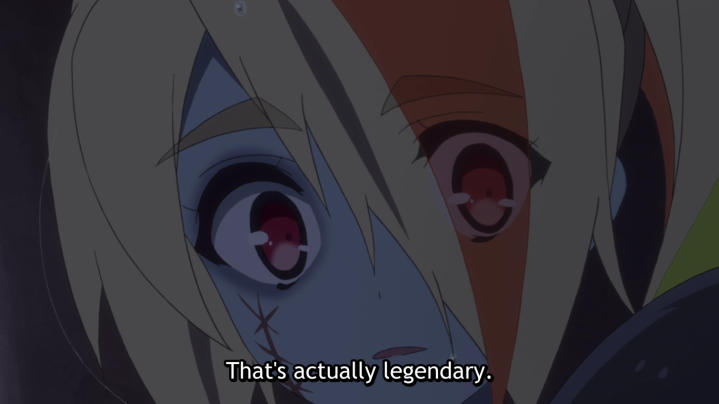 Then, in front of all your beloved fans, you get struck by lightning, only feeling a few seconds of writhing agony before dying. Shock and awe, everybody frozen in the rain. The smell of charred flesh hits the fans first, then they realize what happens and are presumably scarred for life and scream. Not to mention the teammates you have worked with and become close to in the span of a year,who see one of their friends suddenly burn to a crisp in a second,and they stand there frozen in shock.

Not a pretty picture, isn’t it?

I think you can appreciate why Ai would be so paranoid and scared of lightning after that. Of course, I’m gonna be honest, because lightning is usually a gag in other anime, the fact that it’s not used as a cheap gag and it’s lethal effects are played straight here in a comedy series made me burst out laughing for how absurdly dark that whole event would be for everybody involved.

Now to make things double worse, next episode will have them performing at Saga Rock, so Ai better have some zombie therapy soon.

Overall, I really like the progression of the series. Of course, being a comedy, they can’t stay too dark for long, so while I never expected something like Iwasawa singing “My Song” from Angel Beats-

– I am glad they gave the series some needed seriousness between gags through Ai and Junko’s tragic ends.

I’m excited for Saga Rock! My prediction is Iron Frill (Ai’s group) will recognize her, which is gonna be VERY awkward.

See ya next week!