Today, I’ll be talking about some mangakas that I’ve been gushing over for the past few months, thanks to their gorgeous artstyles and captivating stories, but mostly the art.

I’ve already talked about Inio Asano before in my short review of the stellar Oyasumi Punpun, but he was the one who started me on the path to the type of art I’ve started to love these days. Realistic, incredibly detailed, heavy shading, while still having an air of surreal to it. The fact that he draws people with slight imperfections also gives a sense of authenticity to his art, and makes his characters that much more relatable, warts and all.

As a plus, My header is literally Aiko from Oyasumi Punpun. 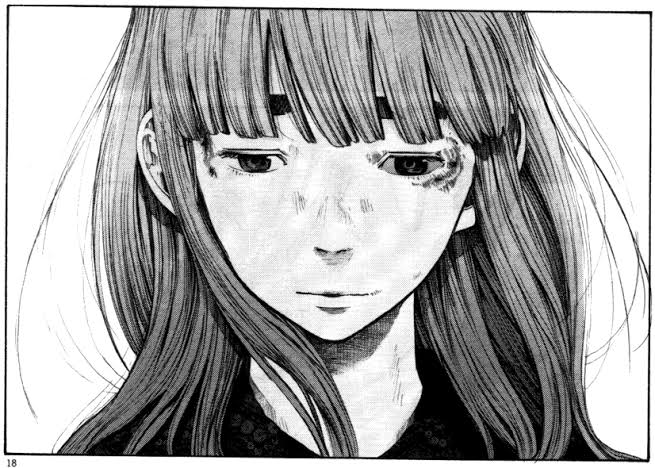 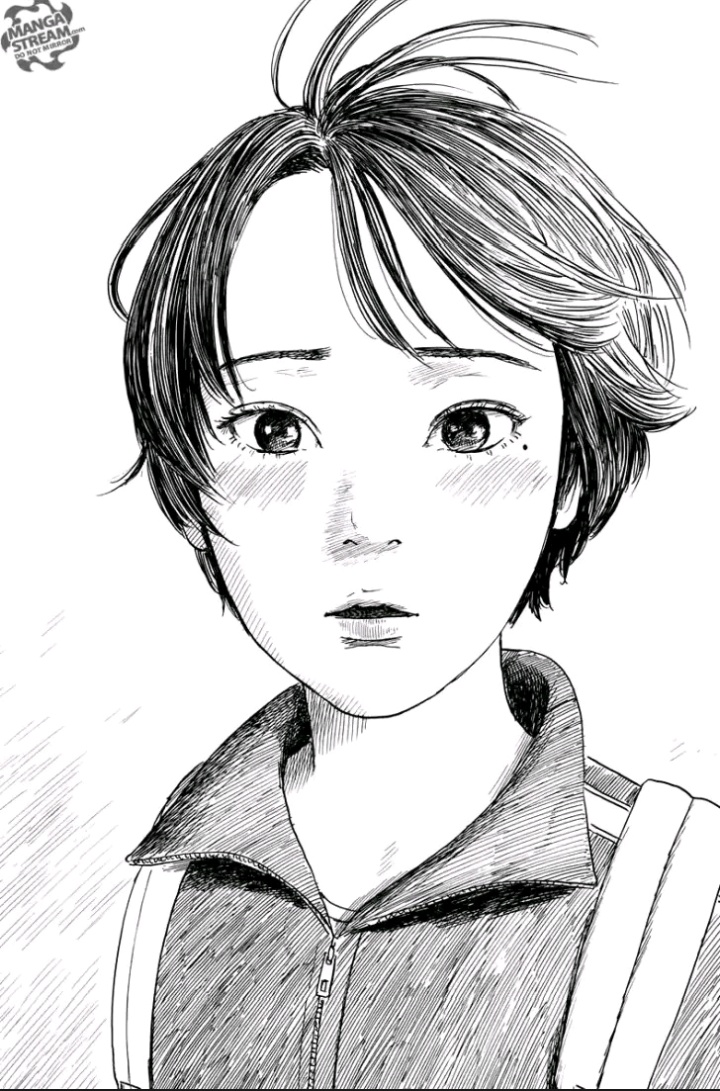 For similar reasons to Asano’s style, Oushimi goes for reality over fantasy, but unlike Asano, Oushimi chooses to make the beauty much more apparent. When he draws a beautiful person, he draws them beautiful.

Of course, as evidenced by his past work, this is only to put you in a false sense of security when they inevitably make a shockingly out-of-character or terrified expression. He can go from Shoujo to Junji Ito really quick. He’s very good at drawing realistic emotions, and a lot of that is thanks to his understanding of expressive eyes.

With that said, read his ongoing manga, A Trail of Blood! It’s probably the creepiest manga I’ve read in recent years, and the beauty only contrasts with the unhinged nature of the characters.

Kaoru Mori’s artstyle is nostalgic to me, and that’s in no part thanks to my love of her most popular work, Emma, which I reviewed here. Thanks to her passion of period dramas, most especially of those in the 19th and 20th century, all of her stories have this feel of a Charles Dickens fairytale. The detail on the clothing is beautiful, and incredibly authentic to the feel of the period it’s in. Her style isn’t as concerned with mimicking reality as Asano or Oushimi, but instead in capturing the beautiful aspects of the past. Her setpieces are great, and could definitely work as a high concept storyboard for an actual period drama.

Also, booty shorts. She draws them. 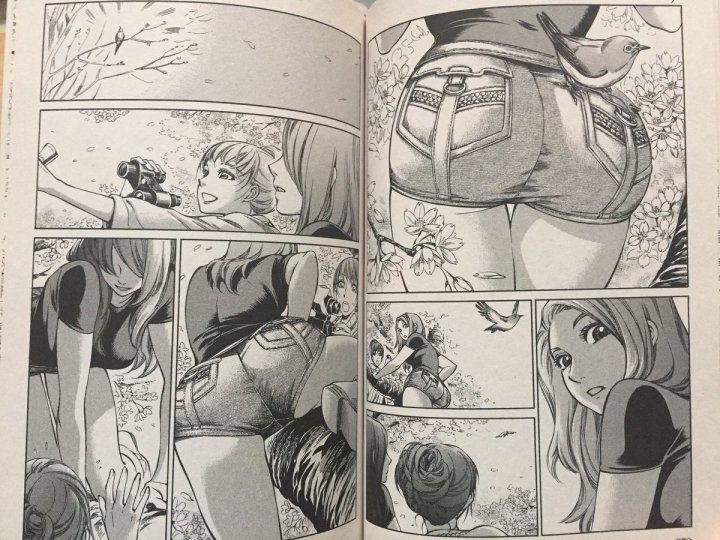 Other than my obvious love of high quality drawn waifus, the main reason why I love their artstyles is because they are just so different from what most people think of when they think manga. Most people think of the shounens and shoujo, but these artists prove that manga is a medium that can be used for anything a creative mind can imagine. The fact that there are people out there making stories that use both the visual and written arts to create beautiful or dark stories, I’m glad that I discovered the wonders of manga.

16 thoughts on “3 Awesome Mangakas And Their Gorgeous Artwork”