I’ve been reading a lot of romance manga lately, and one of the most highly recommended to me was a historical romance manga by the name of Emma. I was interested in why such a simple love story, one that I have admittedly already seen many times before, can be recommended so highly by so many people. Is Emma really as good as people say? Let’s find out. 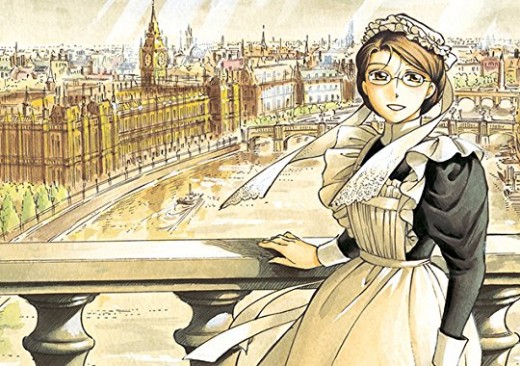 “It’s the turn of the 20th century, and Victorian era England plays host to a poignant and emotional saga of love between two individuals of thoroughly different societal standing. Working class maid Emma and wealthy aristocrat William Jones find themselves falling for one another despite their allotted positions in life, and it is their persistent efforts to traverse the dangerous minefields of wealth, power, and staunch tradition, that provides the gripping emotional drama of Kaoru Mori’s Emma.”

What really sets Emma apart from a lot of other romance manga is the fact that this isn’t simply just a love story, but also a legitimately captivating historical drama, with a heavy focus on all the goings of the time. It’s not just a love story between Emma and William, but also a love letter by Kaoru Mori to the past.

There’s a heavy emphasis on exploring the culture of not only the Victorian nobility, but also every type of person that visited or resided in England during this time. Glimpses of the daily lives and endless gossip of maids,the endless parties and social gatherings by the esteemed families looking to make connections, and of course, all of the other interesting people who lived through all of it. The cast is very ethnically diverse, as was true at the time for a superpower like England. From the expected aristocratic families of England, to William’s best friend, the exotic and mysterious Indian prince Hakim, or the noble German family that takes Emma in, Victorian England was a hotspot of culture and historical relevance.

The author manages to seamlessly blend these real, historical pieces of England into her own story in such a natural way, making me feel immersed into the world of Emma. Every volume ends with a wonderful glossary of all the terms, events, and places of the time period. My personal favorite location was the beautiful Crystal Palace,and it’s own chapter describing the way it was founded could have very well been a full-fledged manga of its own. 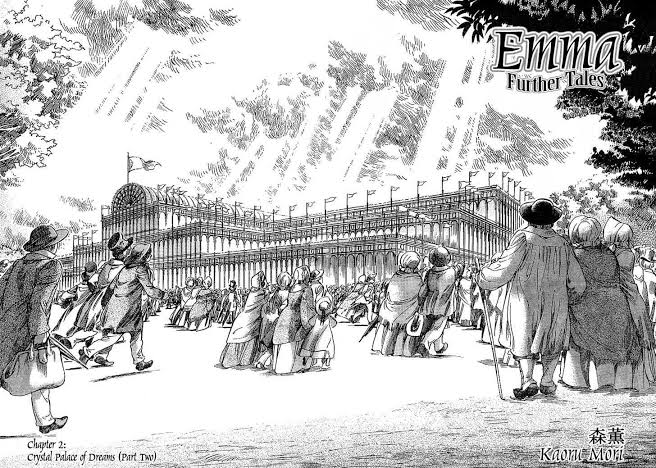 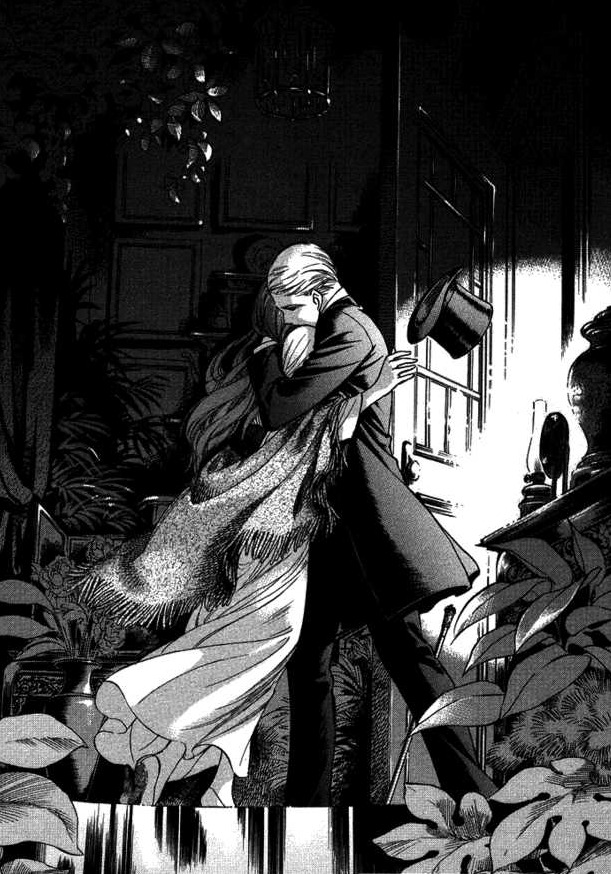 I’m sure you’ve noticed by now that Kaoru Mori is a hell of an artist. Seeing her simple artstyle grow slowly but surely into the intricately gorgeous one she has now was a really fun journey. From the manga covers alone, you can see how much she has refined herself over the years.

Of course, her true strength isn’t just her style alone, but the incredibly beautiful way she conveys so much about a scene without the need for dialogue. 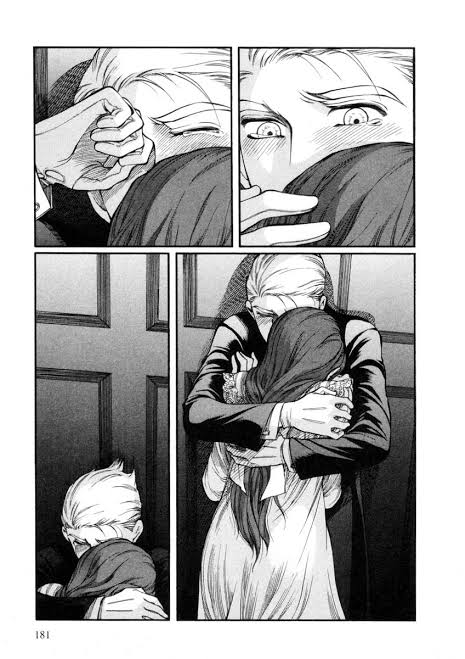 This is what makes Emma an engaging and emotional experience. After all, it’s not just originality that’s important, but also execution. Kaoru Mori brilliantly succeeds at portraying what should have been a standard maid and noble romance and elevates it with her amazing artwork and strong sense of what can make people feel emotional through visuals alone.

Of course, it’s not just the people. Victorian England itself is also very romantically portrayed in stunning detail, both the regal interiors of the old houses-

-to the bustling streets of London.

Emma could have become a favorite of mine just with the beautiful art alone, but the fact that it manages to grip me with such a simple and straightforward story by avoiding unecessary fat and instead building up the characters and world, makes it classic in my eyes. While the cliches may bore some, I highly recommend powering through them and get to the Further Tales chapters, which are all short slice of life that focus on the lives and backstories of different side characters. Further Tales encapsulates everything I loved about Emma, and since I already loved the main story of Emma to begin with, it only served to elevate the entire manga to become one of my favorites.

If you love history, or just crave a simple romance in these trying times full of misunderstandings and perversion, or you just want some gorgeous artwork, Emma is the manga for you!