Irina was kind enough to bequeath me with this tag last Saturday. This was, as usual, after I had commented on my wishes to be tagged soon since I found it so interesting (I’m very subtle about wanting to be tagged.)

However, I am sad to say that I got it due to edgyanimeteen, the one originally tagged, being on hiatus for personal reasons, and so becoming unavailable for the tag. Be sure to send your best wishes to him if you are familiar with his blog or if he has ever commented on one of your posts before!

Also, don’t worry Irina and Edgy, I’ll give you a damn good story to do you both proud! 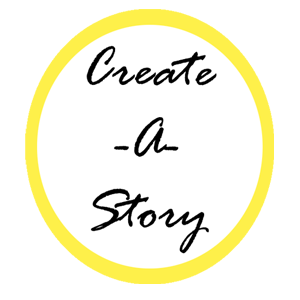 1. You pick your first word, your setting and your story genre from the list below. As individuals, your brand of creativity is unique to yours, so we want to highlight that by letting you choose from a bunch of words and creating something beautiful out of it.

2. The short story will have a limit of 1000 words. You do not need to write a story with 1000 words exactly. It could be 300, or 500 as long as it doesn’t surpass a thousand.
3. YOU HAVE TWO WEEKS TO ANSWER THE TAG.
4. You must tag three people to participate.
5. Don’t forget to link back to Keiko (this is her story) so she can collect all the stories. You can’t just link back to her wordpress, since she won’t be alerted of the pingback. You need to link back to a post or a page, because wordpress works like this.
6. Use the Create-A-Story picture in the post.
7. Copy and paste the rules in your tag post as well, so others can be clued in to the Create-A-Story rules. 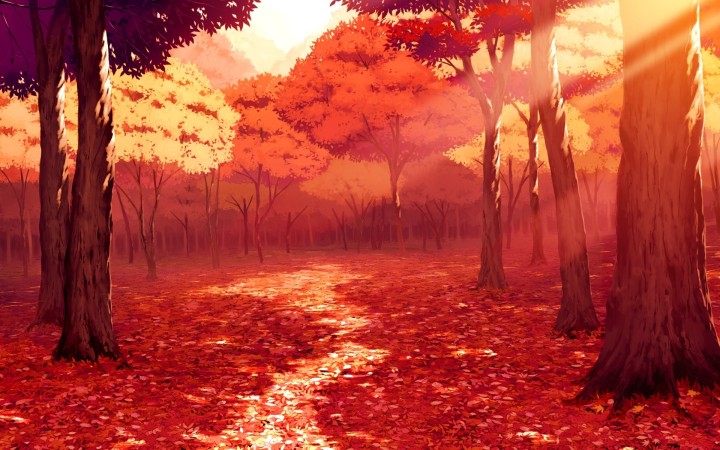 Fall is ending, and the leaves twirl for one last dance.

“Suuure, Kaede, if you couldn’t take it from ME, then getting it from gale force winds will be a breeze.”

Aiko, a year older, was taller than Kaede, so keeping his sketchbook out of reach was easy. In a desperate move, Kaede tackles Aiko, and finally manages to nab the sketchbook from her loose grip.

“Well, I wouldn’t have needed to tackle you if you stopped playing around. ”

“Nah, I broke it from laughing at that wimpy tackle.”

Kaede dusted off the sketchbook and Aiko did the same for her clothes.

“Why’d you wanna go up here, anyways? We go here every end of season.”

“I won’t be here by then. I’ll be away in some huge city that’s dirtier and louder than this town. I’m excited.”

“If you’re so excited, then why aren’t you packing?”

Kaede shrugged his shoulders and said, “I’ll miss the view. ”

“D’awwwww, you’re not leaving THAT long, right? ” and she punched him lightly.

“Actually………. ” Kaede started, but as they reached the spot, he stopped. Near the end of the cliff, there was a lone cherry blossom, red and gold leaves falling in intervals from its branches. 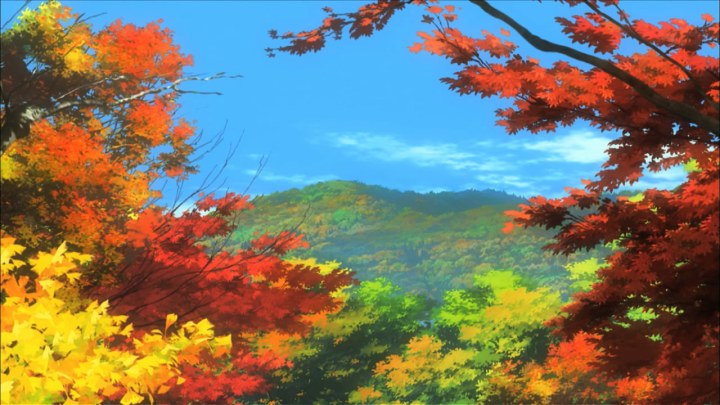 Kaede was going to confess,and he chose this spot because it was under this tree that they first met. Kaede couldn’t help but think of how lame this was, and started having doubts about confessing when Aiko suddenly asked-

The question shocked Kaede out of his stupor.

“Then why didn’t you tell me you were leaving for a year, not a month?”

Her face was stony as she said this, but her tone was cold.

“I was about to tell you. It turns out there’s this art school near my grandparents’ house, and so my parents and me decided to…….. try it out.”

“You can’t leave without this, right? I’ll just have to keep it from ya.”

“You’ll just hurt yourself bad if you trip and fall. Please, just get over here before something-”

At that moment, something happened. As Aiko’s smile disappeared, and she loosened her grip, the wind blew a bit stronger and the sketchbook was blown away. 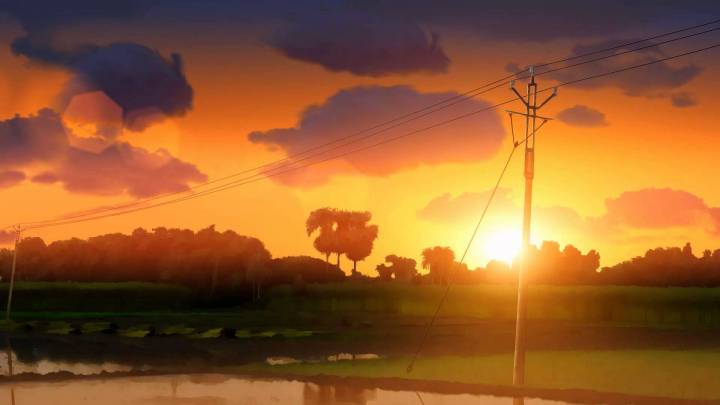 Kaede didn’t see Aiko for the next two days. He had tried to visit her house, but she was always out. He left town on the bullet train at the end of fall season without saying goodbye to her. His parents said they would send his other belongings later, so he only had his wallet and his smartphone. He tried messaging her on a social app, but she had not responded yet.

“Maybe she’s by the tree all alone, hating me.” Kaede thought to himself as he fell asleep.

He woke up with a start from the sound of his phone’s notifications.

“You have 5 unread messages.” , the lock screen read.

The messages were from Aiko.

The first message was a picture of the sunset from their usual spot. 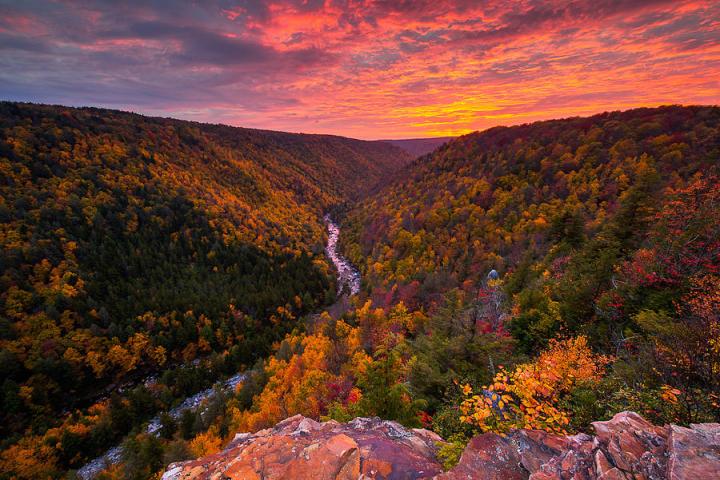 “Here’s the view you’re missing out on (☞ﾟヮﾟ)☞”

“Hey, you’ll send me some snacks from there,right?”

“Oh-hoho, sure, I’ll just take it from my nonexistent bank account.”

Kaede noticed she was avoiding talking about that day. If he was being honest, he was just glad that they were talking again, so he played along.

They messaged each other until he arrived at the station.

Kaede thought for a bit.

“If you send me pics of home too.”

Aiko tackled Kaede to the ground when he arrived at the spot.

Aiko shoves something in Kaede’s face.

“You didn’t finish the view from last year, right?”

Kaede and Aiko stood up, and he realized that the something was the sketchbook.

He looked for the page with his sketch, and to his surprise, the page was intact.

They sat, just like the year before, and he finished his sketch. 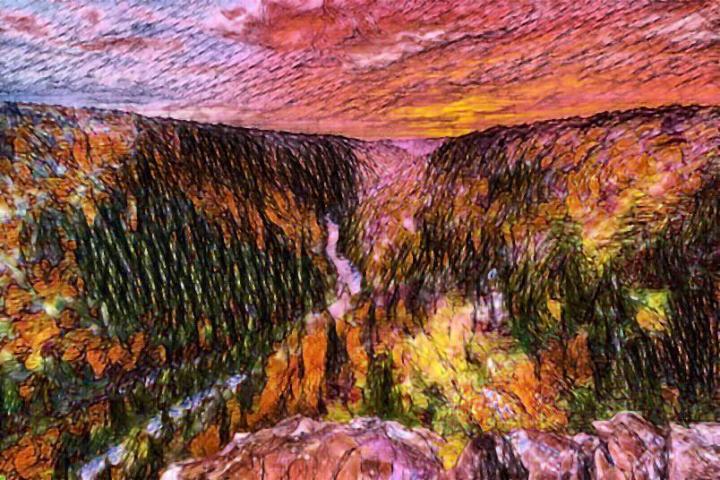 Kaede wanted to say something suave like “Not as much as you.”, but he saw too many rejections at school to even try that.

This is it. I can use this to confess.

“Nope.” Aiko said as she stood up.

Kaede dimly thought his voice had turned girlish from nervousness.

“I don’t know, maybe the fact that my best friend left for a year? I’m not an idiot. I just wish you didn’t treat me like one by not telling me.”

“Okay. I’m sorry for not telling you sooner last year, but I really-”

Aiko snatches the sketchbook and stands up.

Aiko runs off, and shouts back at Kaede:

“Better get going, then.”

Kaede sighs, shakes his head, and runs after her.

Fall has begun, and the leaves begin dancing once more.

This was my first time writing a romance, and I had a ton of fun. Hopefully, all that time watching romcoms to put off Stein;s Gate paid off.

Now, I know the nice lady Keiko said that I shouldn’t overthink this, but that’s like telling a fish not to breathe water. I probably shaved off at least 200 words off of this story, and even took advice from friends. I’m glad I did, because I think this story ended up readable. I would love your honest feedback. I plan to actually expand on this fluff because there’s a lot I can do about that whole year.

Anyways, here are the people who I want to see write a story:

This was a really fun tag, I hope it kicks off even more!

20 thoughts on “Create-A-Story: Dancing of Leaves”