Hello there, I am The Luminous Mongoose, and today, let’s talk about how PIE can make a great anime!

Production is the most technical of the three. This is where things like the art style, sound design, direction, casting, animation, and a whole lot of other little things during a production are grouped under. Pretty straightforward as all shows need these things to be competent, it helps give the anime credibility, and prevents it from looking cheap. The eggs, flour and milk of our anime pie.

Innovation is the most abstract of the three factors here. It doesn’t mean making something completely new, as that is very hard to pull off these days, and every story that exists right now derives from one thing or another. Innovation can mean introducing a new thing to an already existing concept and turning it on its head. This is the fruits, toppings, and little patterns on the crust that give our pie that extra ooomf.

Execution is where the emotional factors come into play, and this is how I gauge if a show managed to make me react strongly in a positive way. Keep in mind, positive means it was a good emotion for an appropriate moment, such as joy over a victory, sadness in a bleak moment, righteous anger at a villain, and of course, the hype. This is also where the production and innovation are applied to the show proper. You can’t just expect a good pie just because you have all those good ingredients, you also need to bake it!

Factors such as the story and characters fall under this, as well as cinematography and music, because these are meant to invoke something out of the viewer.

To showcase just how important these three things are, I will be talking about three shows that lack one of these three things, and how the other two compensate for that loss. Keep in mind that the lack of one thing does not mean the show is immediately bad, and heck, some of the shows I talk about here are personal favorites. 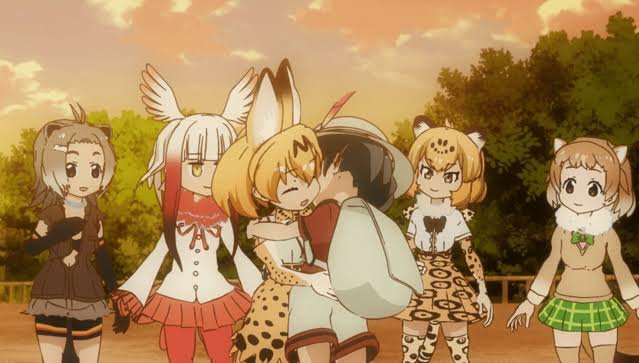 Kemono Friends was a show about a mobile game which got cancelled halfway through the show’s production. The sales from that mobile game was supposed to be the funding for the show, but since they were already halfway through it, the creator decided to say “Screw it, let’s do the best with what we got here!”

Boy is it rough. The opening alone was so poorly animated, the character models so stiff, that for the first two episodes, it was averaging a low score of 4/10 on MAL based on the looks alone.

However, people who stuck with it realize that it was actually a show with a lot of overarching themes than what the viewer is first shown. It’s about cute animal girls, and yet there’s that air of mystery that keeps you watching despite the janky animation.

However, I think the most important thing Kemono Friends had going for it is sheer heart. You just know that the people who remained working on this show loved it, and that they did the best they could with what they were given. Though a mystery is there, the show is still captivating in its simplicity and genuineness. If only they had the budget for the vision they had, this could have been something really great.

This is the type of pie made by that one kid in baking class who’s not very good yet, but you just know that he really wants to make this pie taste good. It’s sloppy, but genuine, and you appreciate the intent moreso than the actual taste. Think Yuigahama’s cookies in Oregairu:

Moving on from production, let’s talk lack of innovation. Oh boy, I might make a lot of people mad with this, but:

Okay, hear me out.

My Hero Academia is a terrific shounen with great characters with interesting powers, amazing action scenes, and captivating storyline about never giving up on your dreams and breaking through your limits.

But so was Naruto, HxH and One Piece.

My Hero Academia is a show that does nothing new with the shounen formula, but what it does instead is refine it to a tee. It doesn’t break the mold, it LIVES in it and makes a nice flower garden there.

Nobody acts OOC, everybody has a trope they exemplify, but the show makes an effort in exploring the tropes even further giving it a lot more depth than your typical shounen.

This is the kind of pie that every single baker knows how to make. It’s common and easy to make, but it’s a classic for a reason. Sure it tastes the same everytime, but it’s also just as good every time.

Lastly, what if there was a show that had a big budget, an entirely novel concept, but severely lacked execution? 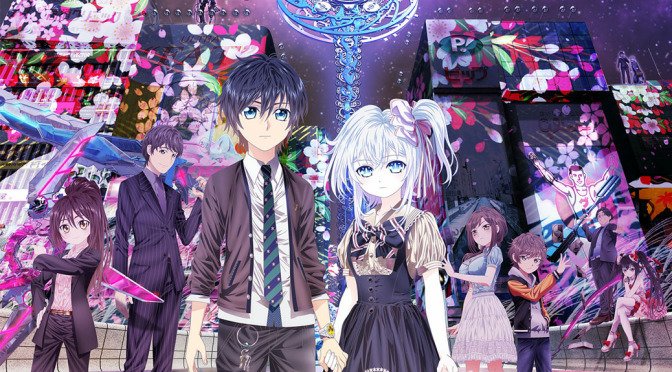 What the hell happened here?

Okay, the concept and story is certainly innovative, their powers are from holding hands, and they participate in a death game, where one of them will literally die if one of them lets go of each other.

It certainly looks like it has a high production value, with the highly detailed backgrounds and characters.

But what on earth is happening with the camera?!

The story is all over the place, but not nearly as much as the camera. It’s like there are a hundred different ideas on screen, but absolutely none of them are explored or expanded upon, because WE NEED TO KEEP RUNNING!

Just a terrible show all around.

This is the pie made by people who overthink the fanciness and forget the basics of baking a pie in the first place, and they end up with a colorful mess.

And there you have it, those are three core things I believe the perfect anime needs. Obviously, something that checks all three is rare, and even if it does, it does not mean it’s my favorite. From now on, whenever I do a full series review, I will be using this system, as it gives a quick rundown of what I thought of the series in general in all aspects, as well as give me an avenue to discuss specific things.

Once again, thanks for reading, and feel free to comment your thoughts and heck, even outrage at some of the shows I called out here, I need some discussion!

4 thoughts on “The Ingredients For The Perfect Anime Can Be Found in a Delicious PIE! (It’s an acronym)”