Trying out a scheduled thing to do every week so this blog isn’t barren for weeks at a time, and this is what I decided on. This will go on until Easter, pretty much.

As somebody who grew up in a religious household who watches a lot of anime, I always enjoy seeing Japan’s portrayal of the Christian beliefs. While jaded, I would still consider myself a Christian, and it’s still fascinating to me how a predominantly Shinto/Buddhist country views a once reviled religion.

This issue, notably, is the one talked about in Episode 19 of Samurai Champloo: “Unholy Union.”

Goes without saying, but ya’ll should really watch the episode first somehow to fully appreciate the episode.

For those unfamiliar with Samurai Champloo, you might instead be familiar with director Shinichiro Watanabe’s other classic, Cowboy Bebop. 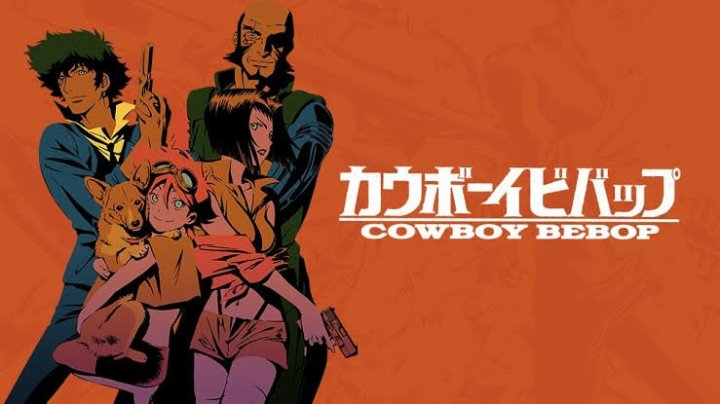 Samurai Champloo is primarily about the trio of Jin, Mugen and Fuu, and their quest to find Fuu’s father, all while having zany, creepy, and sometimes downright depressing adventures.

This particular adventure of theirs is one that is a bit of all three. The episode starts off with the zaniness of a preacher holding an oversized pistol to interrupt the fumi-e, a test to find hidden Christians. They would be told to trample upon sacred images of Christ or the Virgin Mary, and those reluctant would be revealed as Christians.

This is true to history, starting way back in 1629 in Nagasaki (well within the Edo period Samurai Champloo takes place in), and actually a trial close to my country’s heart. One of our country’s most venerated saints, St. Lorenzo Ruiz, was martyred in Nagasaki for being a Christian, and because he refused to hide his beliefs. 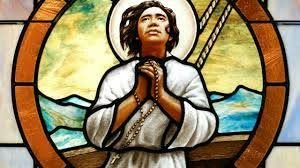 This rather dark and messy history contrasts in a darkly hilarious way against the imagery of a friar with a Hellboy-sized revolver.

After this, we see a discussion between Fuu and the mysterious Christian woman, who reveals that the skull symbol Fuu has been keeping actually hides a hidden image of the Cross of Golgotha. It makes perfect sense as Golgotha is the name of hill upon which Jesus died, as Golgotha in Hebrew stands for “place of the skull.” A similar item, a magic mirror, was also used by early Japanese Christians. These Buddhist mirrors, when shined with light, would reveal a hidden image of Christ upon the cross.

As for the skull, it was also a more portable trinket worn by hidden Christians, passed down from the people of Ikitsuki Island, land of the hidden Christians, or kakure kirishitan as they were called. Thus, this reveals Fuu’s father for leaving was because he himself was also a Christian, and he wanted to hide his daughter from being persecuted alongside him.

Ikitsuki Island is a real place, as a matter of fact, and it did hide Christians in the Edo period of Christian prosecution. The modern descendants of kakure kirishitan is called the hanare kirishitan (separated Christian), after the public restoration of freedom during the Meiji Restoration that took place in the late 1800s now allowed Christians to be open with their belief. The term separate Christians from the fact stems from the fact that they chose not to be assimilated into the modern group of Catholics and chose to upkeep the old traditions of secrecy and worship.

Unfortunately, this episode takes place about a hundred or so years before that happens, so persecution and exploitation of the Christians is still abound.

Speaking of exploitation, Fuu and the Christian woman (named Yuri) have just been captured, but not before the preacher reveals his true motives for being a preacher. Free labor and gun manafacturing by teaching to his congregation that the only way to get eternal paradise is by how many guns they make.

For those familiar with televangelists, this is already an unwelcome perspective on Christianity. The despicable “prosperity gospel”, where one’s riches is a way to essentially buy your way into heaven. All the while, these televangelists buy luxurious items and even boast of their private jets to their clueless followers, unaware it was their donations that made it all possible. The fake preacher in this situation also boasts of the historical items he has bought with this dirty money. 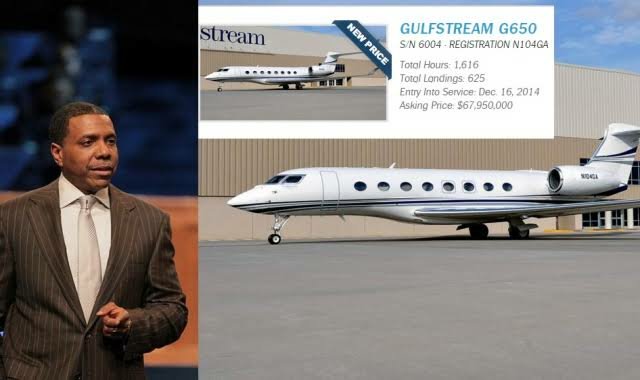 Through all this, Yuri silently wonders why all these terrible things are happening to her. That maybe Christians always suffer as a test to their faith. Fuu, of course, says screw that and tells her to follow her heart and not accept defeat.

The father then starts the “Unholy Union” that is about to happen, giving the episode its namesake.

Not to worry though, as much like real life (mostly), the cartoonishly greedy preacher is revealed to be a fake and gets his just desserts, courtesy of crappy gun manafacturing.

Hey, you get what you didn’t pay for.

In the end, the trio continue their journey and Yuri prays for God to protect them.

I think this was one of the most neutral stances on Christianity I have ever seen in any show ever. There was no bias on either side of Christianity or non-believers, this was an honest story of how the Japanese view Christians as a whole. Scared and gullible a lot though maybe (the hidden cult), some not even Christian at all but only there to exploit the gullible (Xavier), though that is understandable as Japan once had a pretty big cult problem, and of course, the fearless and faithful who stood by their morals despite all trials and odds against them (Yuri and Fuu’s father).

Great episode, great plot, and an overall strong representation of Christianity in a medium that otherwise doesn’t even use it too much, besides the aesthetics.

Watching the episode with a more analytical view in mind was great, and I’m excited to bring more content like this to the blog.

Leave a comment and feel free to discuss the post or anything poignant I may have missed.